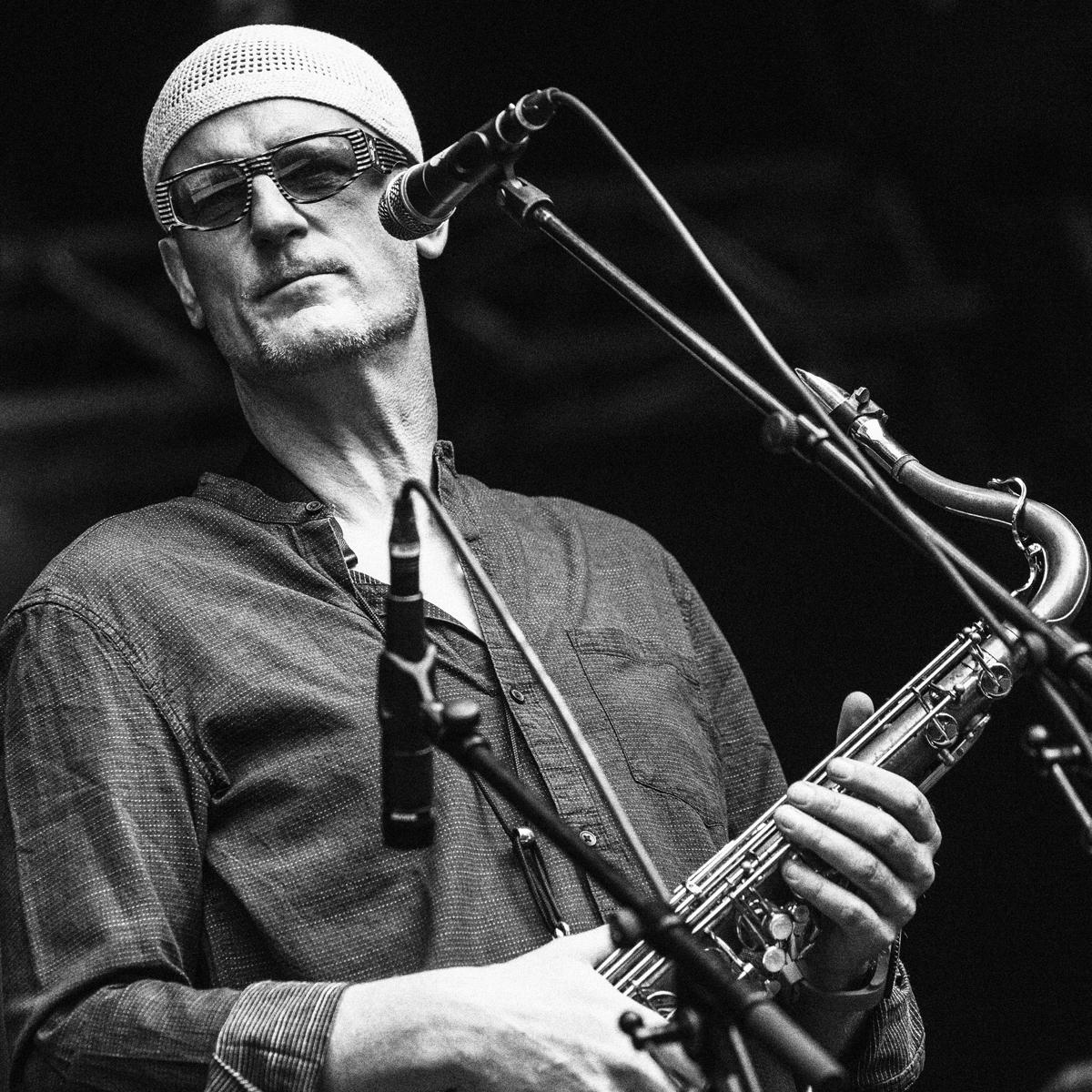 Belgian Saxophonist Frank Deruytter is a multitalented musician.
Admired by Jazz aficionados for his unique sound on the Tenor Sax,  impeccable technique and unstoppable flow of new and refreshing musical ideas, he is also a gifted vocalist and Bass guitar player.
Frank strongly believes in the marriage between Jazz & Funk and critics often compare his style to the way Michael Brecker played. Read more on his work and life in the following paragraphs.

SHORT BIOGRAPHY
Frank started playing the saxophone at the age of 12. Even at a young age, Frank was already considered one of the great talents on the Belgian music scene. And from a young age, Frank experienced a great deal of success on the road with various jazz, pop, rock, and funk ensembles. At the age of 18, Frank won the Knack Youth Jazz Trophy, which was presented to him personally by the legendary Toots Thielemans.
Along his musical path, Frank met Carlo Mertens (trombone) and Nico Schepers (Trumpet), and after several productions and collaborations together, the trio decided to form a horns group. The Heavy Horns was born, the first real horns group in Belgium. Over the years, the Heavy Horns have played on countless national and international productions including CD, Television, and live performances.
Frank also met and collaborated with Piet Goddaer (Ozark Henry). Together they composed the music for the CD Sunzoo Manley: To All Our Escapes. Frank plays tenor sax and clarinet, while Stephane Galland (aka Moon, Joe Zawinul syndicate) plays the drums.
In 2005, Frank was honored to be chosen as one of the select artists to perform for the Belgian Royal Family at the Belgium 175 Years celebration event in Brussels, Belgium. His unforgettable solo sax performance will forever remain a defining moment in Belgian music history.
In 2012 Frank recorded his first acoustic solo CD, Frank Deruytter Quartet. Frank wrote and composed all the music. The CD includes Peter Erskine on Drums, Eric Legnini on piano, and Bart Denolf on Contrabass.
Frank ‘s teaching credentials include teaching positions at the Music Academies of Kortrijk, Overijse, Tervuren, and Hoeilaart, as well as the Conservatorium of Ghent, and the Jazz Studio in Antwerp. At the request of Maarten Weyler, since 2006, Frank has been teaching saxophone and combo at the Summer Music Camp in Dworp.